The tropical shores of Montego Bay are home to a melting pot of culture and art.

From white sandy beaches and bright blue skies to a vibrant art scene and night life, enchanting Montego Bay is well worth exploring. Buzzing with locals, tourists, and expats who have made Montego Bay their home, Montego Bay (or Mo’Bay, as it’s known locally) is a melting pot steeped in centuries of history.

During your stay at Coconut Cottage, we invite you to explore the history and culture, the many beautiful sights, the exuberant pubs and clubs, the wide variety of eateries, and the impressive craftsmanship of our local artisans.

A Rich History
As the capital of the parish of St. James, Montego Bay is the fourth-most-populous urban area in Jamaica, with over half a million people, and it is the second-largest English-speaking city in the Caribbean (after Kingston).

The native Taino Indians who originally settled the island were conquered by the Spanish after Christopher Columbus showed up in 1494. More than a century of Spanish rule ensued, until Oliver Cromwell’s expedition kicked the Spanish out.

Under the British, Montego Bay became the most important sugar-producing area of the island, with planters and merchants building lavish homes and churches (many of which didn’t survive sundry fires and hurricanes, however). After Jamaica’s emancipation in 1834, the declining sugar trade was supplemented by the banana and tourist trades.

During the era of slavery from the mid-17th century until 1834 and well into the 20th century, the town functioned mostly as a sugarcane port. The island’s last major slave revolt, the Christmas Rebellion or Baptist War (1831–1832), took place near Montego Bay. Its leader, Samuel Sharpe, was hanged there in 1832. But in 1975 he would be proclaimed a national hero, and the main square renamed in his honor.

After Jamaica obtained independence, it joined other British colonies in forming the Federation of the West Indies in 1958. Jamaica withdrew from the federation and became fully independent in 1962.

During the Second World War, the U.S. Air Force built an airstrip east of Montego Bay, helping open it up to tourism on a larger scale. Round Hill and Tryall resorts were also built, cementing the city’s chic reputation.

Today Montego Bay is known for its beaches and resorts, dining destinations, golf courses, stores and galleries, and the port. Resorts like Round Hill and amenity-rich Coconut Cottage occupy the grounds of old sugarcane plantations, and some of the original buildings are still standing.

When Christopher Columbus visited what is now known as Montego Bay, he called it Golfo de Buen Tiempo (“Fair Weather Gulf”). For good reason. It is a tropical paradise. The wet season lasts from May to November, coinciding with the hurricane season, and the dry season lasts from December to April. The heat and humidity of the coast are tempered by regular north-eastern trade winds, and the temperature of the coastal plains averages 80ºF. 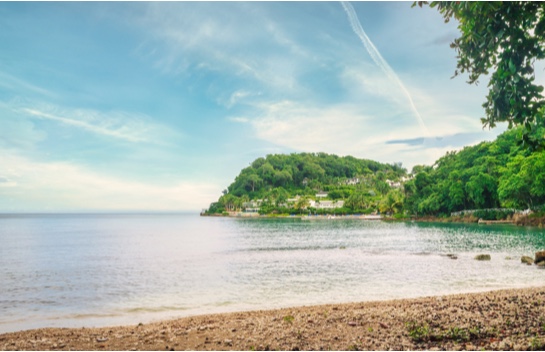 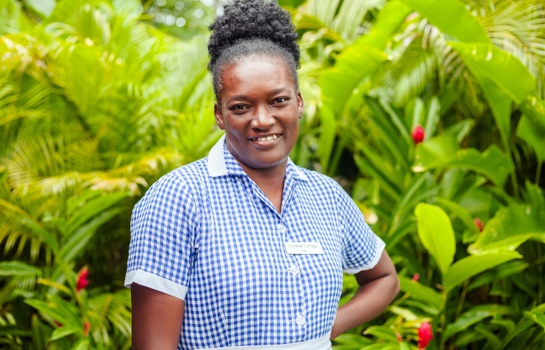 A Blend of Cultures

What makes Jamaica such a popular destination for visitors from all over the world? It’s the genuine warmth of the locals and the rich blend of cultures. The official national language is English, but the main local language is Patois, or Jamaican Creole, which has evolved into many dialects.

Jamaica is also known for the flavors and spices of its varied and rich cuisine. The island’s own native ingredients, the spices of the Caribbean, and the influence of immigrants from around the world all contribute to Jamaica’s unique culinary blend. Some of the mainstays on home and restaurant tables include curry goat, fried plantain, steamed cabbage, rice, and gungo peas. Jerk cod is the national dish, and jerk chicken and rice is one the most popular items on the menu. Jamaicans and visitors also enjoy a variety of freshly caught seafood.

In the music scene, reggae, dancehall, soca, and calypso all rule.

Things to Do in Montego Bay
*Check with us for changes in availability/openings/closures due to COVID-19 restrictions, and learn more about what we’re doing to protect our guests during the coronavirus pandemic.

If you want to explore beyond Coconut Cottage and Round Hill during your stay, here are a few recommendations (and remember, a driver is available to you 24/7):

ROSE HALL GREAT HOUSE
Just east of the Mo’Bay, the 18th-century Rose Hall Great House presides over a 6,600-acre hillside estate. Tour the premises to observe its splendid architecture and learn the history of the mansion. The so-called “calendar house” — it once had 365 windows, 12 bedrooms, and 52 doors — is supposedly haunted by its infamous mistress, Annie Palmer, called the White Witch. The legend is that she murdered all three of her husbands and several slave lovers to boot.

DOCTOR’S CAVE BATHING CLUB
In 1906, Dr. Alexander James McCatty donated his beach property to establish a bathing club in Montego Bay. The Club got its name because it was used by Dr. McCatty and his friends, who entered the beach through a cave (later destroyed by a hurricane). The water is crystal-clear, remains at a temperature between 78ºF to 84ºF, and is said to have curative powers. Although the Club sounds private, you can buy a day membership.

MONTEGO BAY CULTURAL CENTRE
Head to Sam Sharpe Square, where a splendid colonial building houses the western branches of the National Museum and National Gallery. Both feature exhibits on the history, art, and culture of the Caribbean’s largest English-speaking island and its people.

THE GALLERY OF WEST INDIAN ART
A treasure trove of Jamaican and Caribbean paintings by prominent artists, woodcarving, and craft pieces that you will find in the Catherine Hall neighborhood of the Bay. Look for the gallery’s signature “spotties” — carved wooden animals, hand-painted in bright hues and decorated with white polka dots.

SCOTCHIES RESTAURANT
What’s a Montego Bay adventure without sampling the local food? The tin-roofed restaurant has some of the best jerk chicken on the island. It’s a five-minute drive east of the airport, so many visitors make the well-reviewed Scotchies their first or last stop in Montego Bay.

Your tropical adventure in Jamaica awaits. Go out there, explore, have fun, and make some lifelong memories! If you have any questions about things to do in Montego Bay, we are happy to direct you. Contact us anytime!

I enjoyed my vacation so much that I am returning in April with my children.